Gran Paradiso - London to Paris then Turin to Ceresole Reale 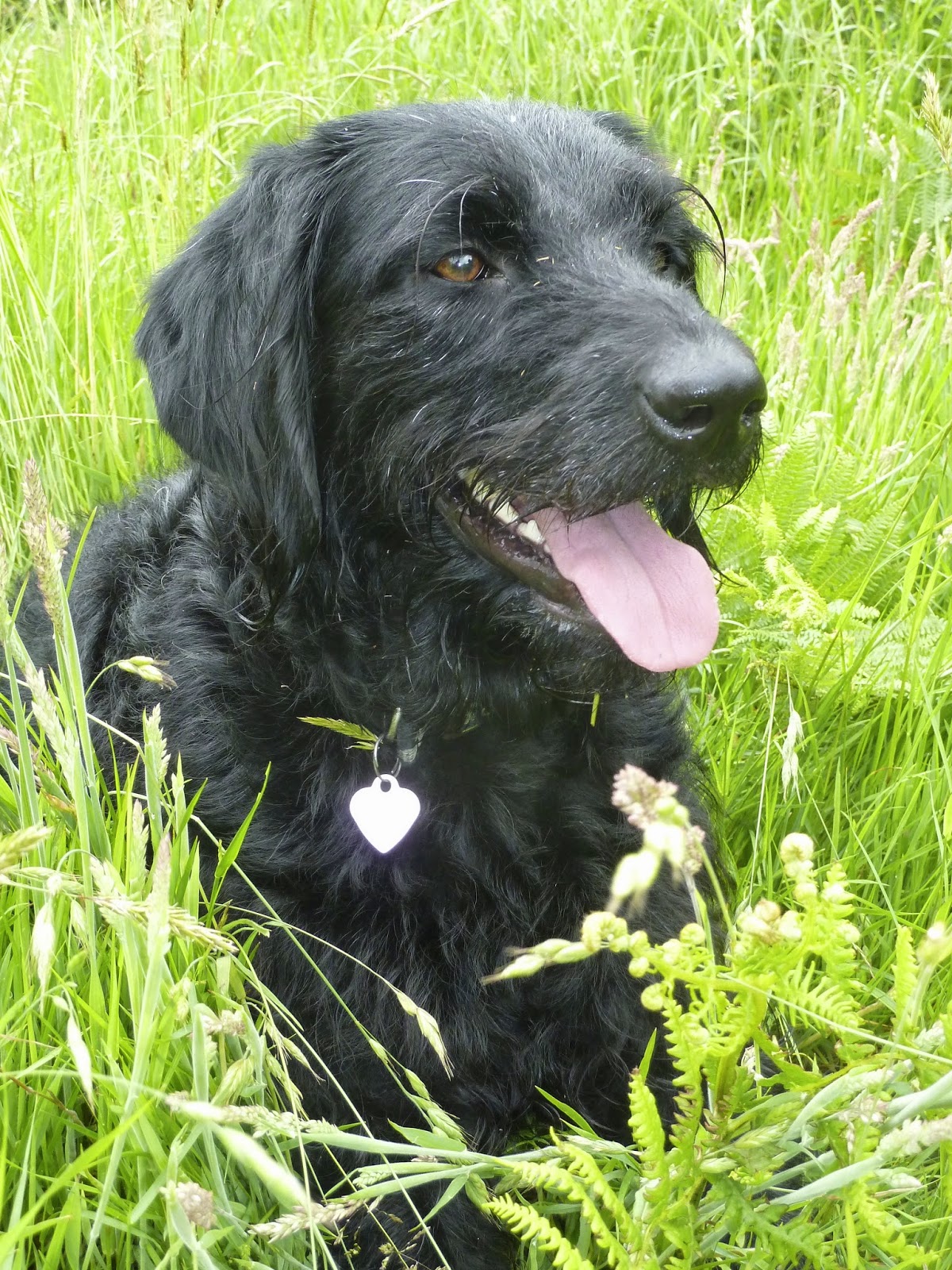 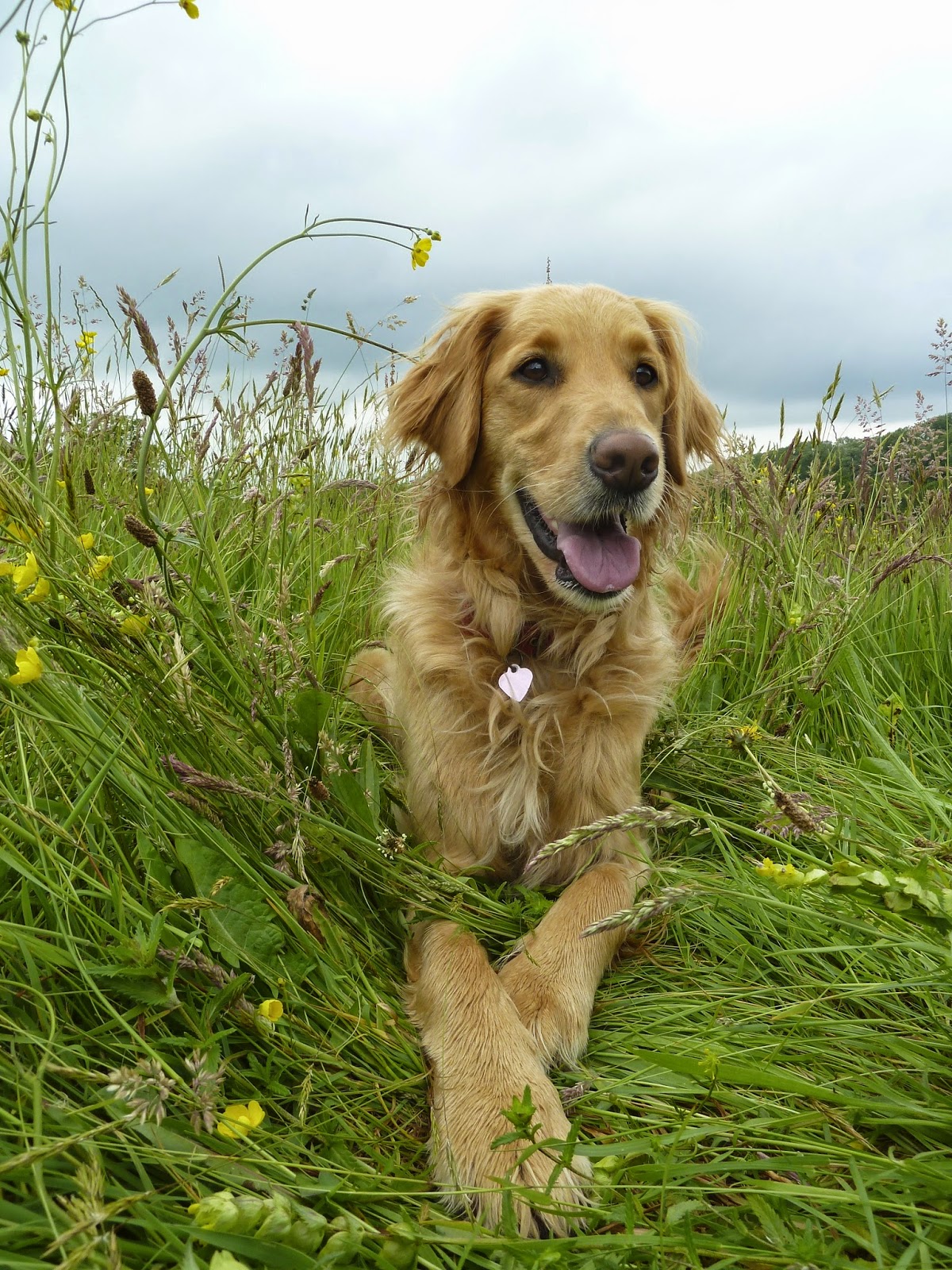 We had taken the dogs for a walk and they were spending the time during our holiday with my sister-in-law. We know they will have a lovely time, being spoilt rotten.


We were on our way to a trekking holiday in the Gran Paradiso National Park in north western Italy close to the French Border. 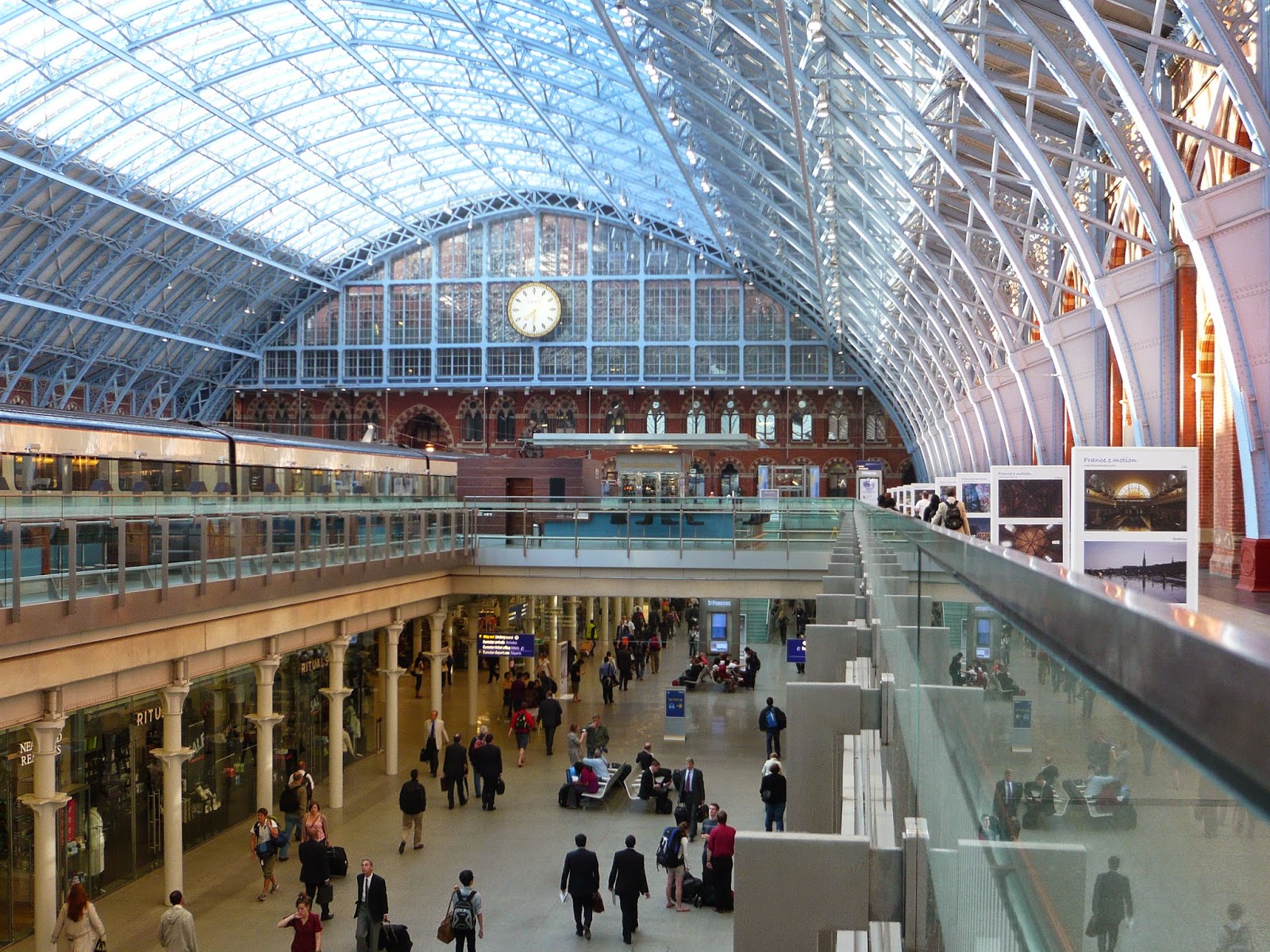 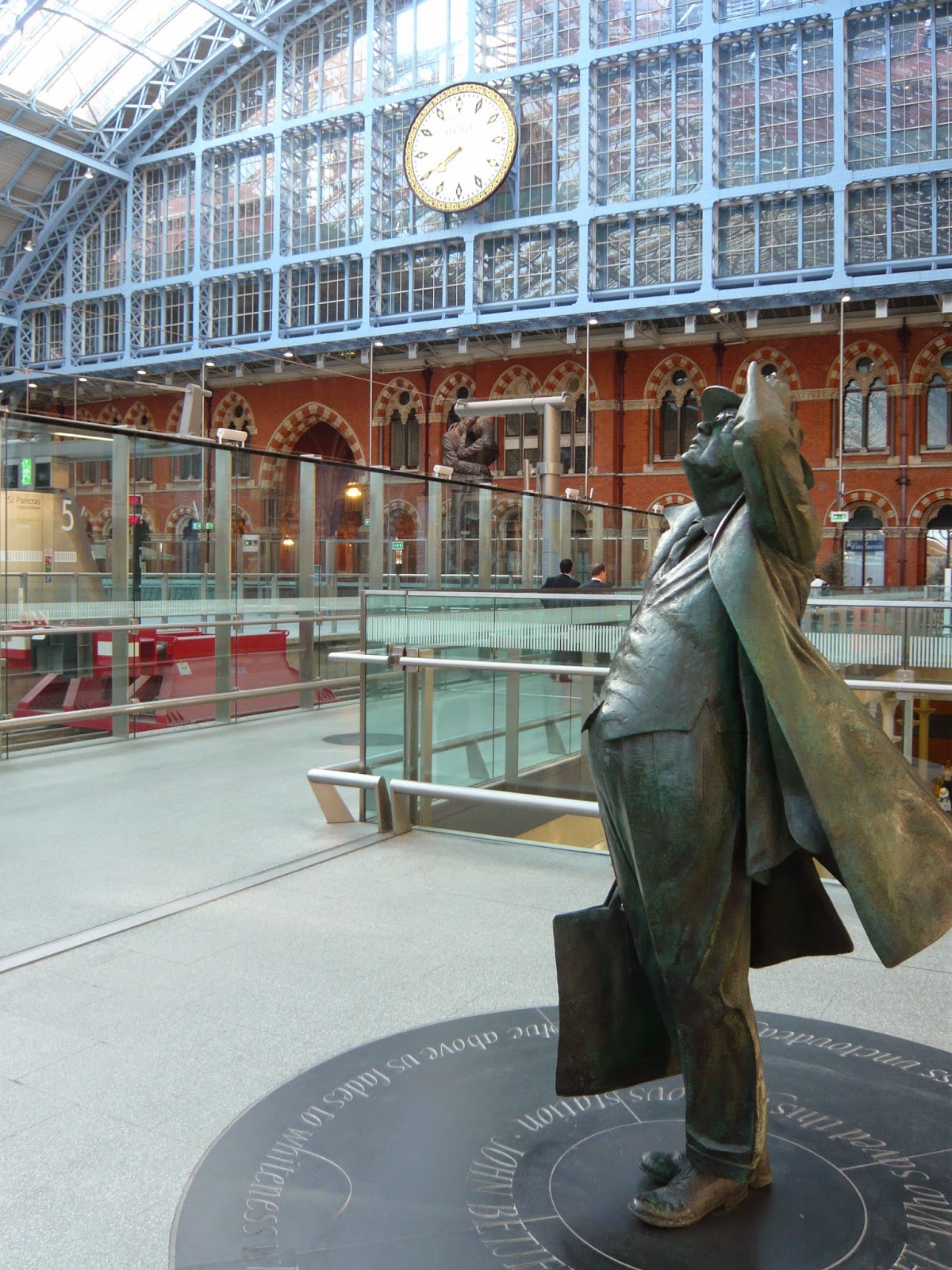 We had a rucksack each for our kit and travelled light.

We caught the train to London and boarded an afternoon Eurostar from St Pancras to Paris.

I am always so impressed with St Pancras. It is such a beautiful station that is clean and efficient. The roof structure is spectacular and draws your eyes up; it was such a good idea to renovate it.

From the Gare du Nord we crossed the road out the front of the station to catch bus 65 to Gare de Lyon.
We always use the bus as there is something to look at through the window. The buses are frequent, cheap and clean.
We stayed the night in Hotel Trianon on Boulevard Diderot which is a 5 min. walk from the station. 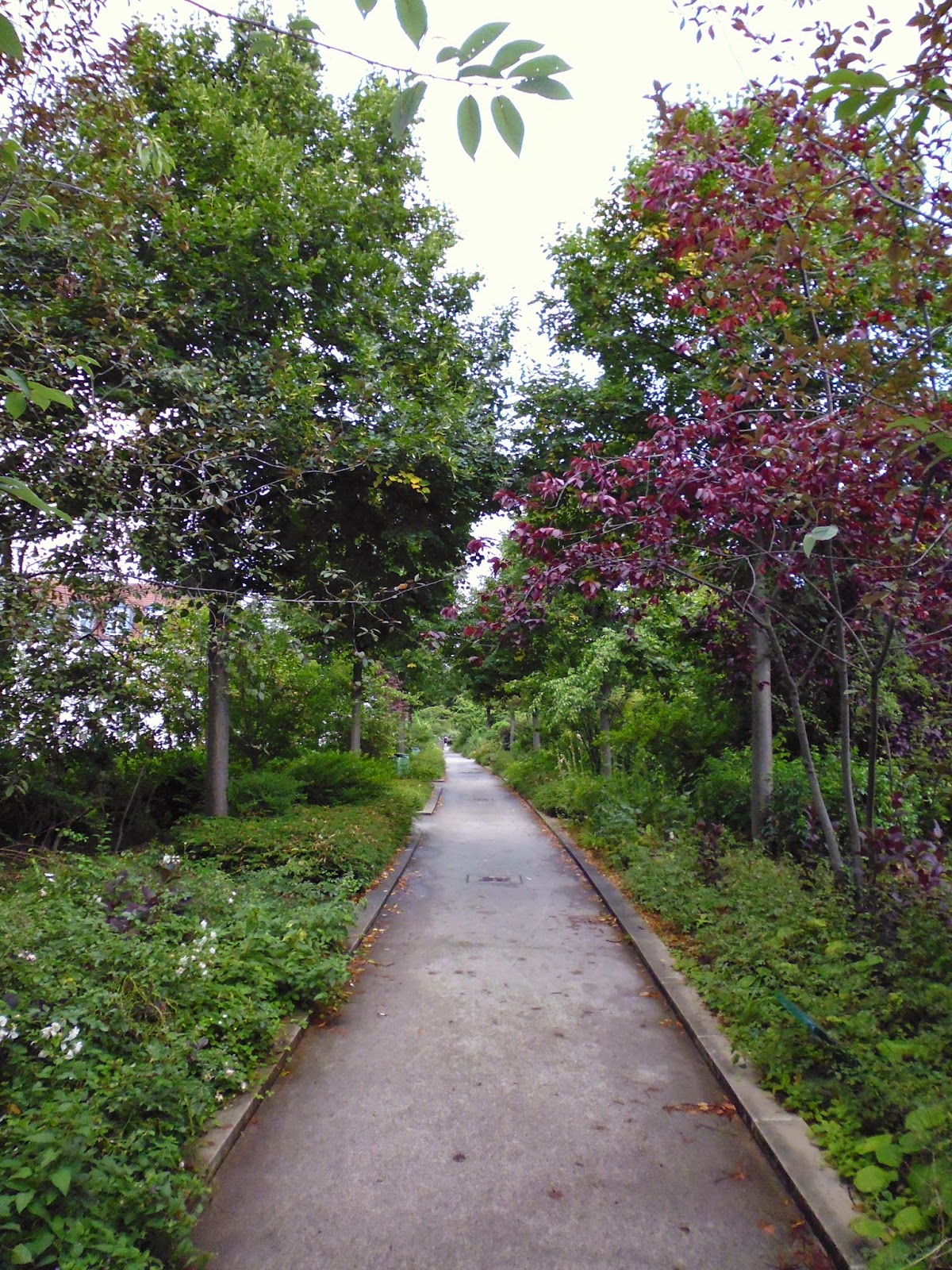 In the evening we went for a walk around the area.

We found a high level walkway that had once been a railway line. Promenade Plantee  or the Coulee Verte extends for 4.7km and consists of a tree lined park on an old elevated section of railway that is located near the Bastille in the east of Paris. It starts near the Opera Bastille and extends to Bois de Vincennes.

After stopping for a beer near the Bastille Basin and drooling over the boats that were moored up we returned to the hotel for an early night as we had an early start in the morning. 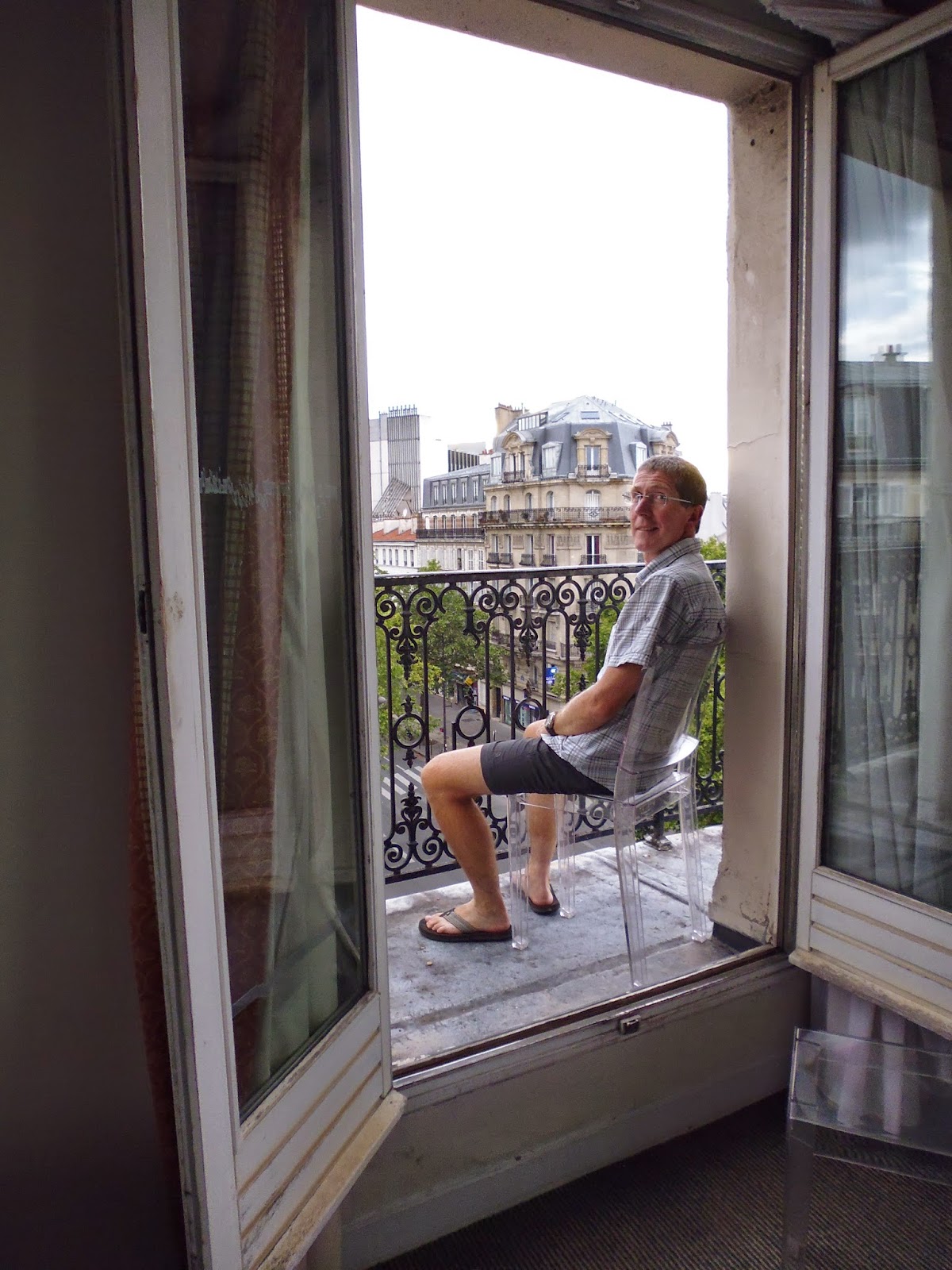 We were due to catch the 7.45am train from Gare de Lyon which was about a 5 min walk from the hotel.

The train took us all the way to Turin where we changed platforms and caught a local train to Riverolo.

Tickets for the local trains and buses are available from local newsagents. We bought tickets for the complete journey through to Ceresole Reale.

We changed to a bus in Riverolo and then onto another bus at Pont Canavese where we had a three hour wait. We wandered through the backstreets with it's covered walkways but it was rather quiet and looking neglected. We retreated into a cafe during a heavy rainstorm.

The next bus dropped us off within 2 min walk of the campsite called Cassa Bianca in Ceresole Reale. It was a lovely spot with small terraces for each pitch and a new chalet-style cafe and toilet block.
I really should have taken some photos today!

The train journey is an important part of our holiday each year. It is part of the expedition rather than just a means of arriving at our destination. It is a sustainable form of transport that takes you through the landscape rather than avoiding it.
Posted by Unknown at 16:00

Nice photo of the Coulee Verte in summer and in full leaf. Lovely pictures of the dogs.

It would be nice to take the dogs but they are not allowed into the National Parks and how would we carry all their food?