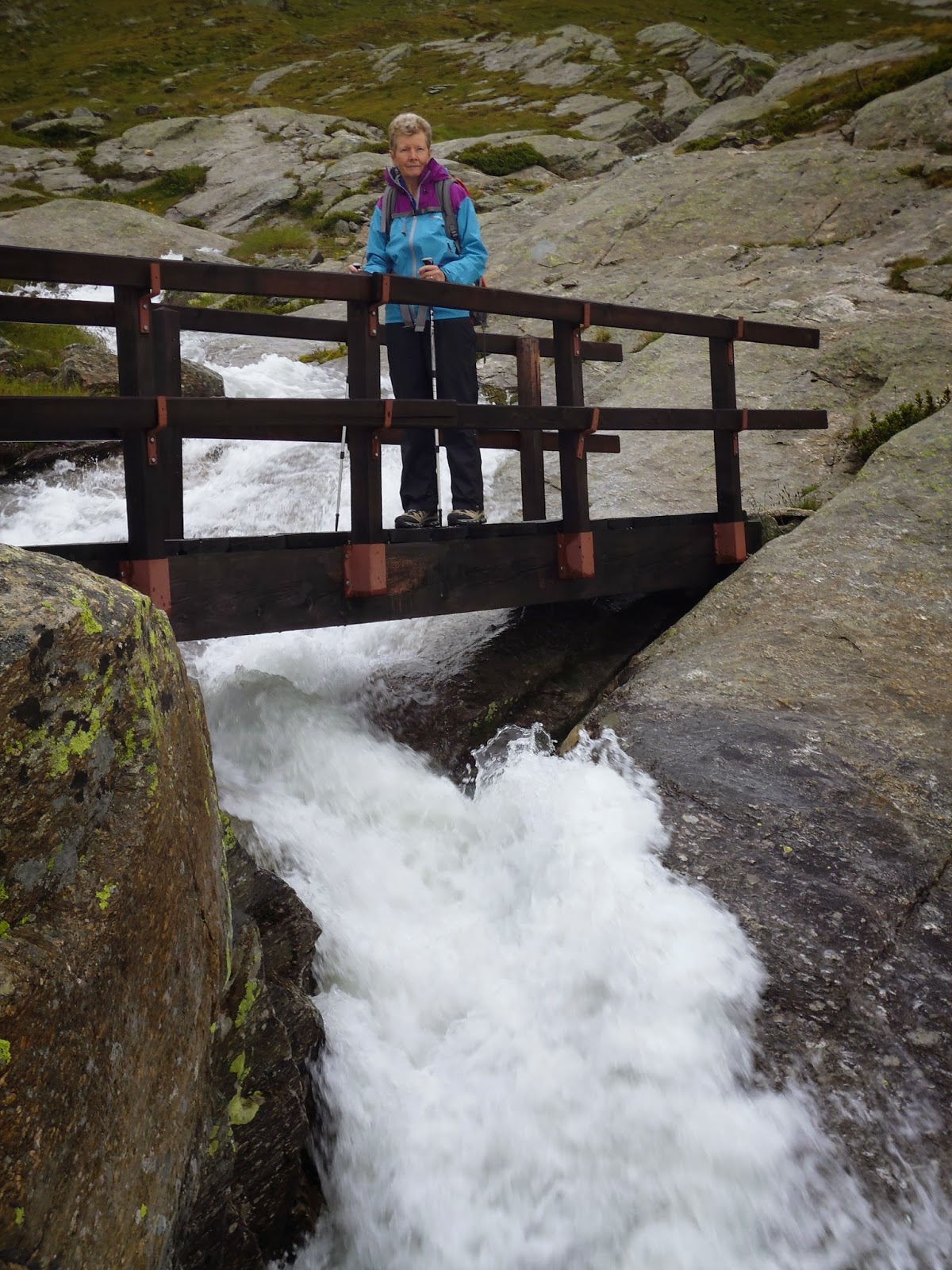 It had rained during the night and we woke to a torrential downpour. Everyone was getting togged up in full waterproofs before stepping out. Within 10 minutes of leaving Rifugio Chabod (2750m) the rain stopped but it was cold enough for us to keep them on for a while.

We took route 5a heading NW from the refuge towards Alpage Montandayne (2461m) which is now abandoned. On the way we crossed a cascade on a fine substantial bridge, without this it would have been impassable after the heavy rain.

The Alpage consisted of a long low building tucked into the hillside and in excellent condition. We assume that it was used to house the animals at one end and for cheese making at the other end. We had fantastic close-up sightings of ibex who seemed to be unconcerned by our presence.

From here the path turns south and crosses the same cascade as earlier but this time without a bridge, which was quite difficult and added to our already wet feet. Luckily there was a flat grassy area that the water crossed and it split the water into narrower strips. The low cloud and fog drifted up and down in the morning giving some spectacular photo opportunities. The cloud  eventually lifted.

The path became a stone built structure with numerous switch backs releasing us into the grassy valley at Alpage Pravieux (1871m). We then walked the 1.5km up the road back to the campsite (Camping Pont Breuil) at Pont (1960m) where we pitched our tent. (Not the tent in the picture.) 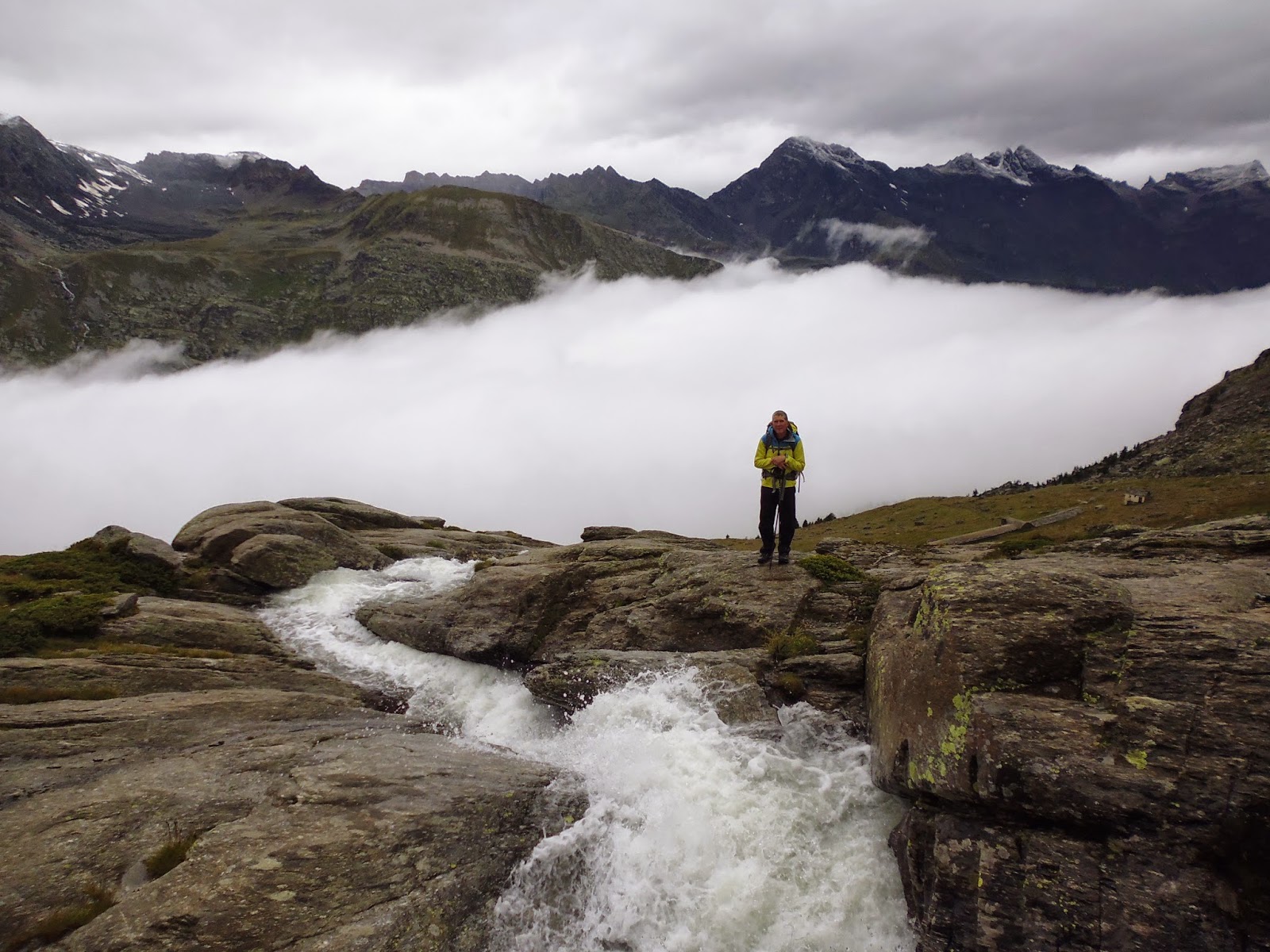