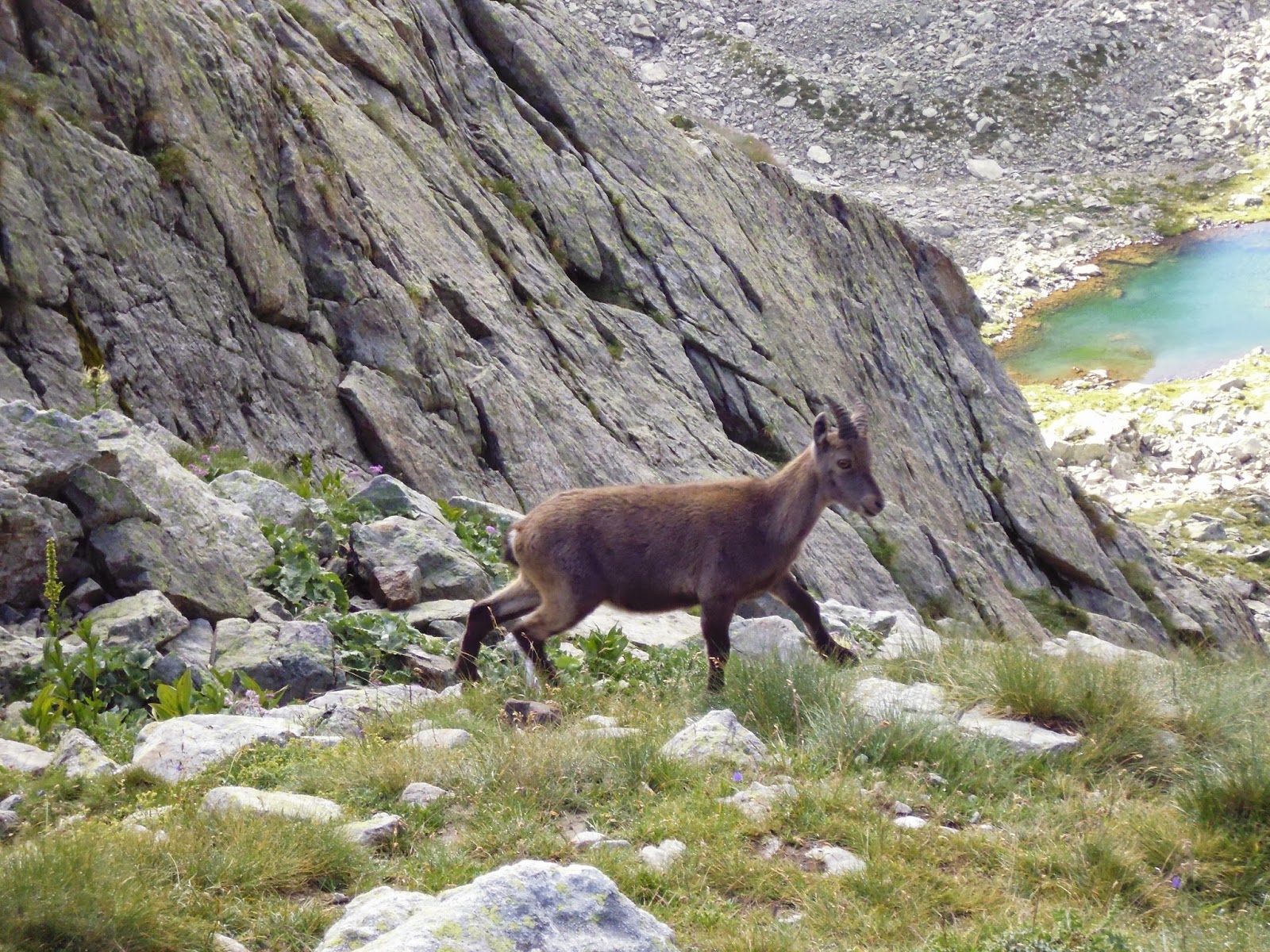 Lovely room with a high level double bed and two bunks, to ourselves in Rifugio Soria-Ellena. The route up the valley towards Collette di Finestra (2471m) initially followed a broad track then zig zagged on a stone built track (that are characteristic of the Alpi Marittime) up to some deserted military barracks at the col.

On the French side of the col there are two possinle paths down, we took the the one heading directly south on the left leading to Lac de Fenestre passing ibex and chough on the way down. At about 2050m we took a short cut to avoid dropping all the way down to Refuge Madone de Fenestre. We turned off where the path took a sweeping bend with a very prominent boulder down into a dry valley that lead into a grassy flood plain where several streams converge (Gias Cabret). We clambered up the steep opposite bank through some sparce stunted pine trees to join the GR52. We plan to follow this all the way to Menton on the Mediterranean coast.

The ascent to Pas de Mont Colomb was spectacular. We  crossed several streams that the guide books describe as dry and the little lake was full. The path crosses a couple of rocky scrambling sections requiring hands and also large boulder scree. This is a very popular area with walkers and we were seeing a lot more people than in Italy.

The col is narrow and tight with a gendame and the descent is very steep on the eastern side. It took about an hour to La Barme then an easy 20min walk up the valley to Refuge de Nice. This is a large modern and rather cold refuge, everyone was wearing their fleeces and coats indoors. It rained for the final 10 min of the approach and continued heavily that evening keeping everyone indoors.