In the summer of 2013, we chose the Maritime Alps of Italy and France for our trekking holiday. The plan was to go by train as far as Cuneo, which is a lovely city south of Turin. Then travel by bus to Entracque in the Alpi Marittime.
From here we were to head into the mountains following some of the tracks of the Italian military used in the two world wars. Then pop over the border into France through the Merveilles Valley and down the GR 52 to Menton on the Mediterranean coast.
The map below shows the first part of our route to the Merveilles Valley. If I get time I may add another map although it is available in the GR 5 Cicerone Guide. 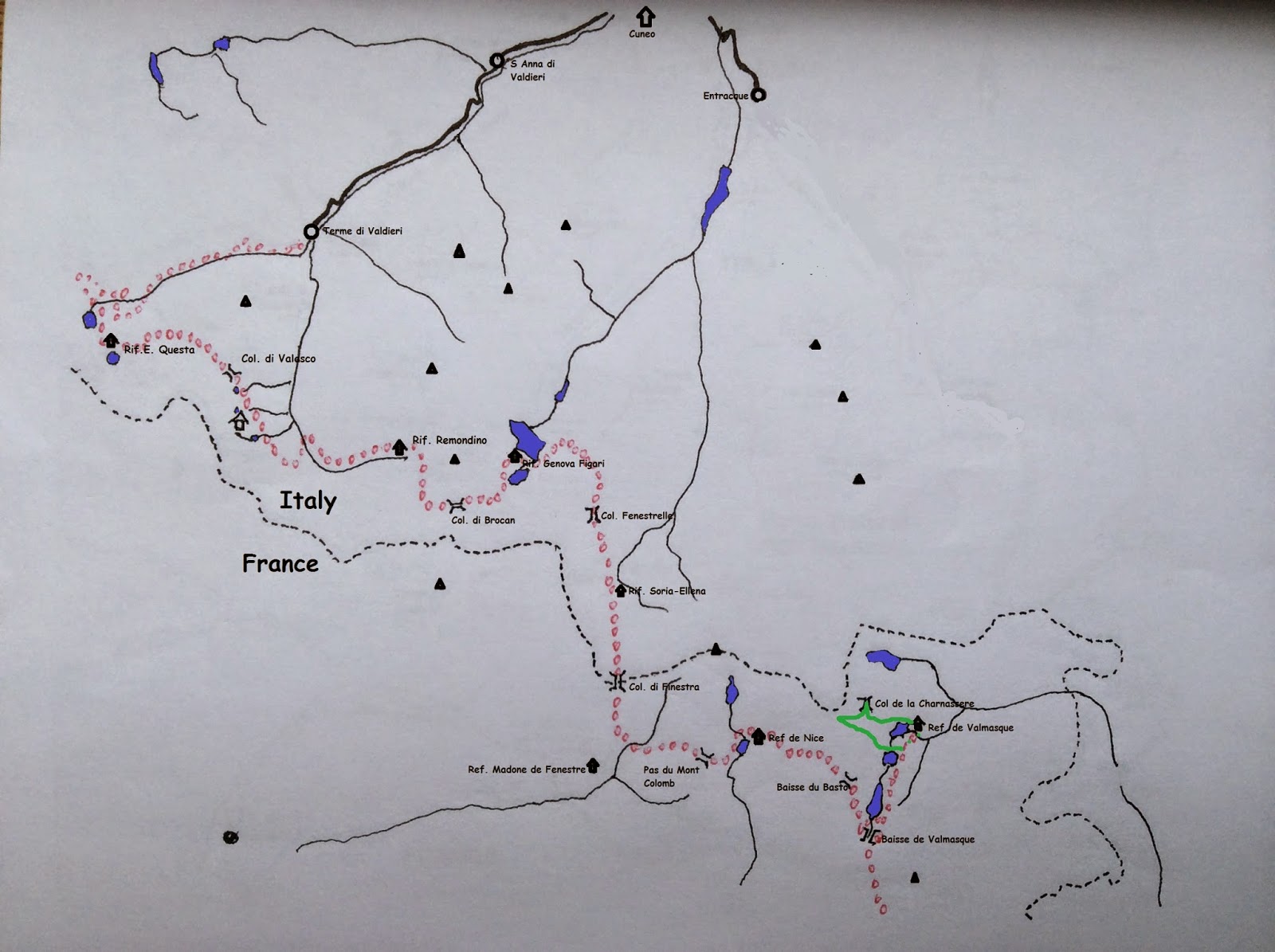 The route south of here follows the GR52. It would be advisable to refer to a section of the Cicerone Guide by Paddy Dillon, The GR5 Trail. It has a section that refers to the GR52 which is considered to be an alternative to the southern part of the GR5, following a more remote and mountainous route than the GR5. I have decided it is too long to draw, sorry!

Email ThisBlogThis!Share to TwitterShare to FacebookShare to Pinterest
Labels: Cicerone Guide The GR5 Trail, Cicerone Guide Walks and Treks in the Maritime Alps